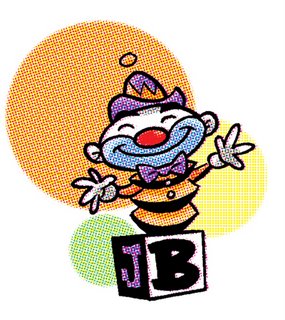 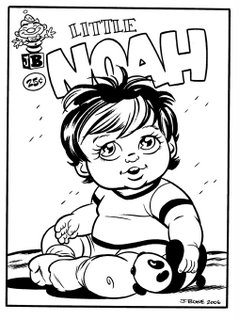 Sniff... hows come you never draw cute pictures like that of me?

Hi Mr. Bone, Im organizing a 24 hour comic challenge at the hairy Tarantula for Oct 7th. Ive been contacting a number of comic pros in the city to see if they would be interested in taking part. We would love to have you at the store taking part. Anyways I would go into mor detail for you about the challenge but I feel bad taking all this space on your bogspot. If you interested please get back to me at brianevinou@yahoo.com or if you know any other cartonnists who might be interested please let me know. The website for the 24 hour comic challenge can be found at http://www.24hourcomics.com/
Thanks, for the record I love you work and think you made the right choice on the inks, looks super.

I am a big Harvey comics fan as well. Very apealing stuff. Those comics Don't get the focus and appreciation they should.