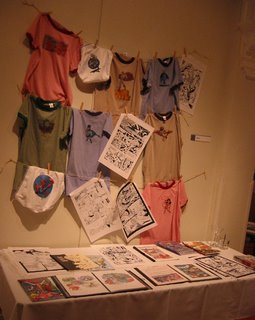 A few weeks back I was part of an art show at the Gladstone here in sunny Toronto. The theme was Comic Books but I didn't want to just put up a bunch of pages of comic art...no, sirree! I ironed up a bunch of t-shirts using some of my most recent images. The picture to the right is how my wall space turned out. Quick to put up, quick to take down.

The second picture (thanks, Chris) is a close up of one of the shirts. I ended up selling five of the shirts which was really cool! Wonder Woman was bought up by the lovely Diana Tamblyn. Thanks, Diana. 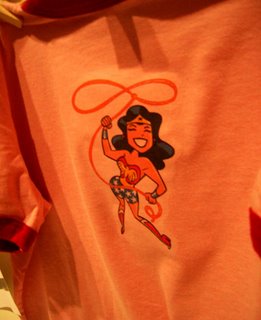 In a week I'll be a guest of the Paradise Comic Con where I plan to have more shirts printed up for sale. The coolest thing? The shirt with the Owl (my own character) actually had a lot of fans and was most requested in larger sizes. Awesome! 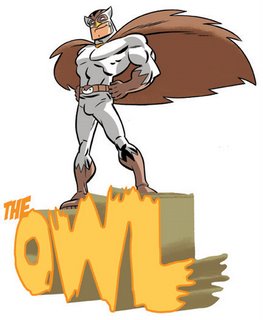