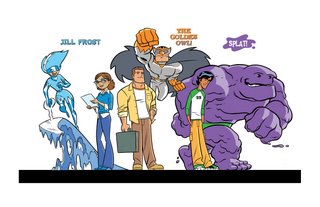 You've seen these heroes before on this very blog although the Golden Owl was then green. Well, I thought they were some pretty cool looking characters and really wanted to develop them into something more. I don't want to jinx anything but it turns out other parties also think they're cool.

So I created secret identities and relationships for the characters. They're not a superteam, just a group of hereos who all work in the same city. I won't say too much more about them but I'll tell you that the Golden Owl is a comic book artist by day (or by night depending on deadline). 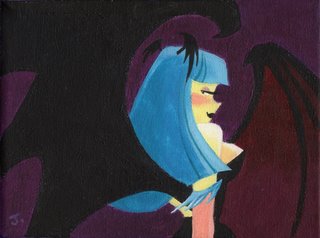 Hey there! In the exact same month, in fact the exact same week, as the Speakeasy show I was also part of the gallery exhibition currently still running...Artcade. The theme is video games and since I know very few games (I like Sims) I asked curator Brian McLachlan to send me jpegs of cute video game girls. I painted little pin-up portraits of the ones I liked and that is what I have on display at Micropolay 632 Queen st. W. Toronto. The show runs until May 17, so there's still time to check it out if you're in the hood. 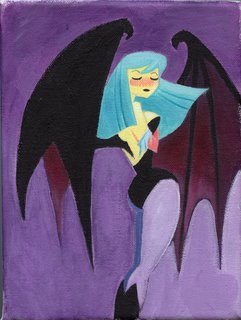 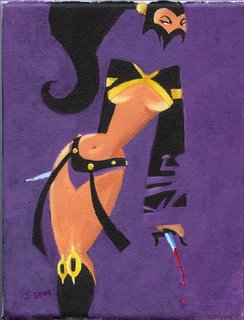 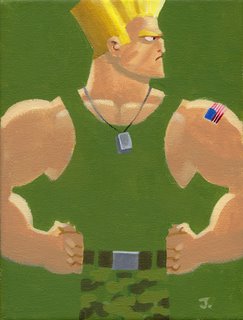 My personal favourite is the girl with the blades...Mileena from Mortal Kombat.
There is also some fantastic art by the other guys listed on this flyer.
j.
Posted by j. at 6:43 AM 3 comments: