First up, two pages from one of my favourite sequences from the Retroactive Wonder Woman book. Y'know, horses really are hard to draw! 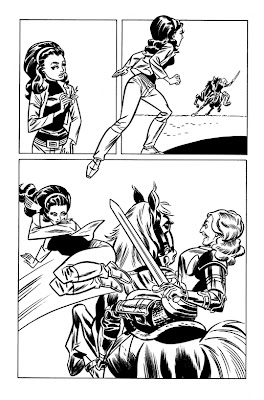 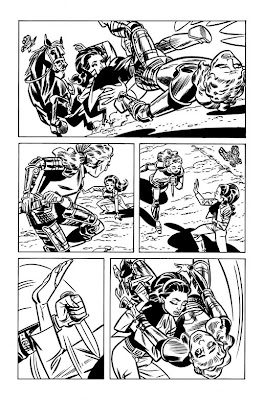 An interview I did before Wonder Woman Retro came out is now up at Comic Book Resources. I blab on and on about Lynda Carter, Wonder Woman's costume and a bunch of other stuff Wonder Woman related! The piece includes the first page of the art from the story I drew for Darwyn Cooke's New Frontier one-shot -- Wonder Woman and Black Canary visit a famous Club for Gentlemen. I loved how that story turned out (though the reviews for my particular portion weren't well received...it did get a mention on the Playboy blog! Woo!).

A few reviews for this current story have shown up online...not all that favorable.
Starting with the comments following the interview:

"I don't recall the art of the Wonder Woman of the '70s ever being that bad. Granted, the WW art wasn't that stellar back then, but the new retro story doesn't capture that '70s flavor at all, IMO."

"I didn't mind the art, although it looked older then the 70s. I like J. Bones art normally, but this was slightly lacking. The story was terrible though, I guess I shouldn't be surprised. "

"The art is dreadful--I read JBone was instructed to draw like Sekowsky (sp?)-- but it's soooooo clunky and wrong and looks like ameture night (and I like JBone's work, normally) "

Longer reviews at Comic Utopia, Too Dangerous For a Girl, and a much more glowing review (of my art, at any rate) at Chuck's Comic of the Day.

And finally -- the Comics Alliance wrote up a post about me that makes all those negative reviews melt away! The headline reads "The Art of J.Bone is Like a Playground for the Eyes". *Sigh* Like a hug from the internet! 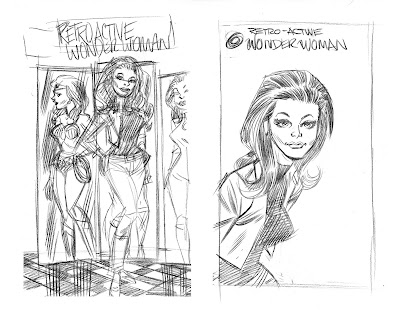 Retroactive Wonder Woman comes out today! Obviously I, once again, fail at self-promotion as the issue that I drew is in stores even as I type and I gave you no advanced notice!
So, here for your enjoyment is the cover process: Thumbnails first. My editor chose the one on the left with the suggestion that I make Wonder Woman the main figure instead of Diana. Followed by the inks wherein I was asked to change it back to Diana as the main figure :)
And then the final color cover with all the logos and stuff (aka "trade dressing"). The lovely cover colors were done by Carrie Strachan. 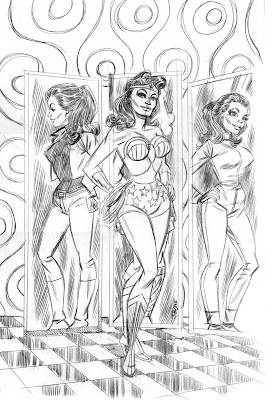 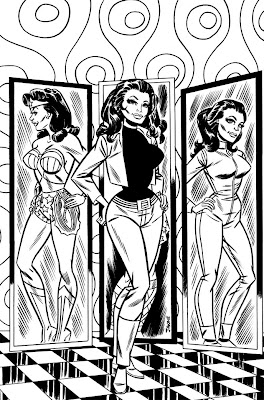 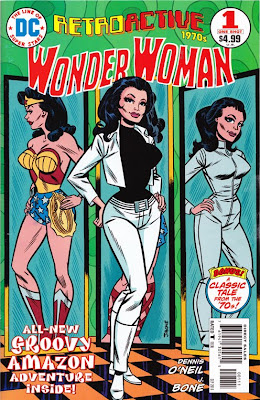 Dr. Sketchy's Toronto is back in session! Last night's model was the amazing Obskyura. Here are just a few of my drawings from the night: 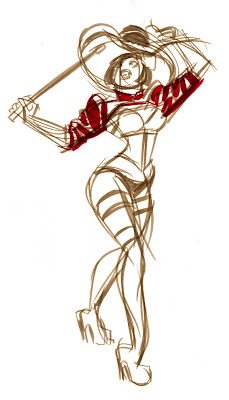 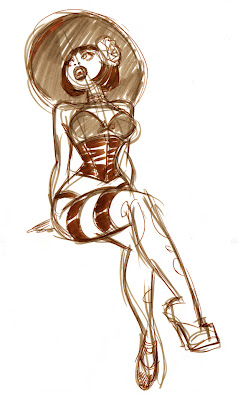 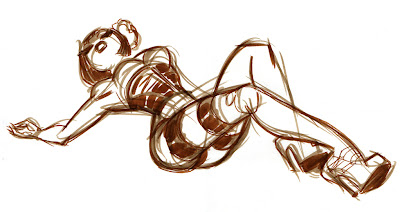 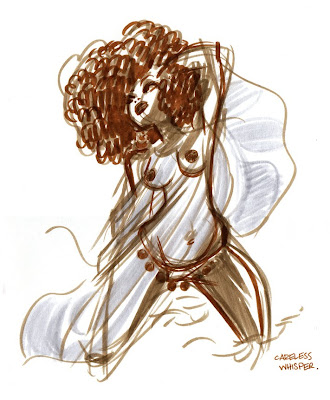 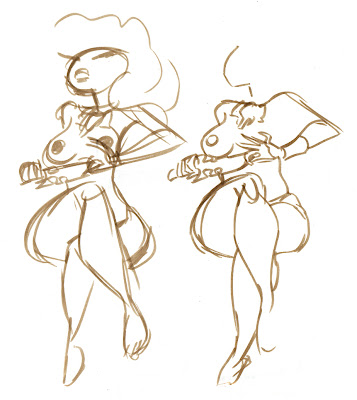 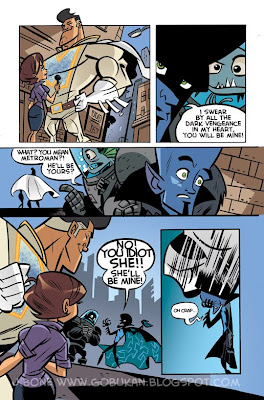 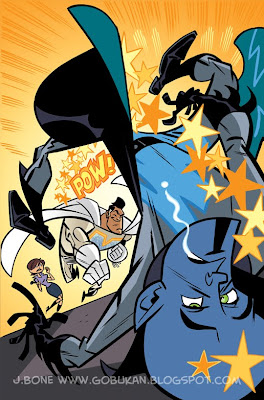 Just a couple of sample pages I drew last year. Nothing came of it but I just noticed there's an ongoing Megamind comic book. Perhaps resubmission is in order.